The Beauty of Winter Birds 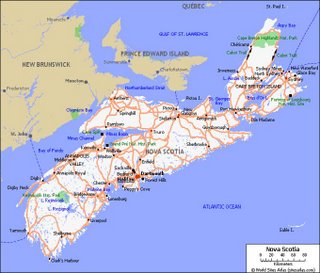 I've been staying here in rural Nova Scotia (that's in eastern Canada for those who don't know), for the past 4 months. We're located up on the north west coast along the Bay of Fundy, home to the highest tides in the world! Now it's not the first place you would pick to spend a winter, that's for sure. The winters are generally freezing cold and they get snow by the meter/yard. My parents have photos of hiring someone to shovel the snow off their roof because it gets so heavy and deep. 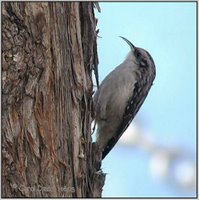 Thankfully this winter has been rather gentle and very, very
beautiful, at least to me. That may have something to do with
having spent the past 11 years avoiding Canada in the winter, and now I recognize the beauty more. The sky today is the most amazing blue, and we've filled the birdfeeders hoping to entice the first birds of spring. So far we've only spotted a few sweet little Brown Creepers hopping up and down the bark of the Maple trees outside our kitchen window.

All winter we've been awestruck by the sight of 1,000's of crows which fill the sky late every afternoon as they move from their daytime to their nighttime roosts in the forest beside our new home. Sometimes we open the windows and the sound of their squaking absolutely fills the air. We used to experience the same thing during the winter when we lived in Romania and we'd stand very still on our terrace as the trees around us filled with these gregarious birds. Nature amazes me.

you're right traveller one, that is crazy. I have never been to the east coast. But I do hope P will take me that way one day.