I love what the students of the Academy of Art recently painted on the wall of the school! 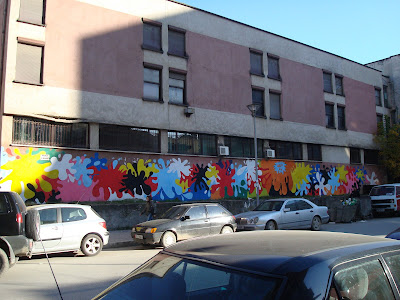 You have to admit that Tirana is a very colourful city and so much nicer than a city full of grey concrete buildings. There is certainly lots of controversy about the way Mayor Edi Rama has painted the city, but for me, having lived in Bucharest for 5 years, I am thrilled when I discover another cheerfully painted building in Tirana. 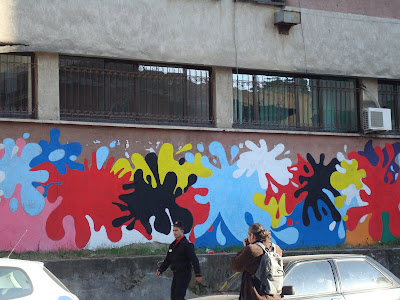 I would love to see more of this around the city in place of ugly graffiti, of which there actually isn't too much compared to other eastern European cities I've been to, although I did find this colourful wall in the ancient Ottoman city of Elbasan. 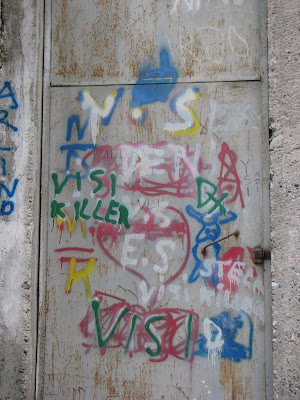 I like a painted city too... each time I see the washing hanging across the buildings here I think of that great photo you posted.

Lynda said...
This comment has been removed by the author.
11:40 AM

Hi, thanks for visiting my blog.
Isn't the mayor of Tirana an artist? I seem to remember watching an English TV programme about how he is continually painting / decorating buildings in Tirana, not personally obviously. I think it is an excellent idea.

haha tyhe photographer looks like Blandi my friend.he has plety of this grafitti photos.